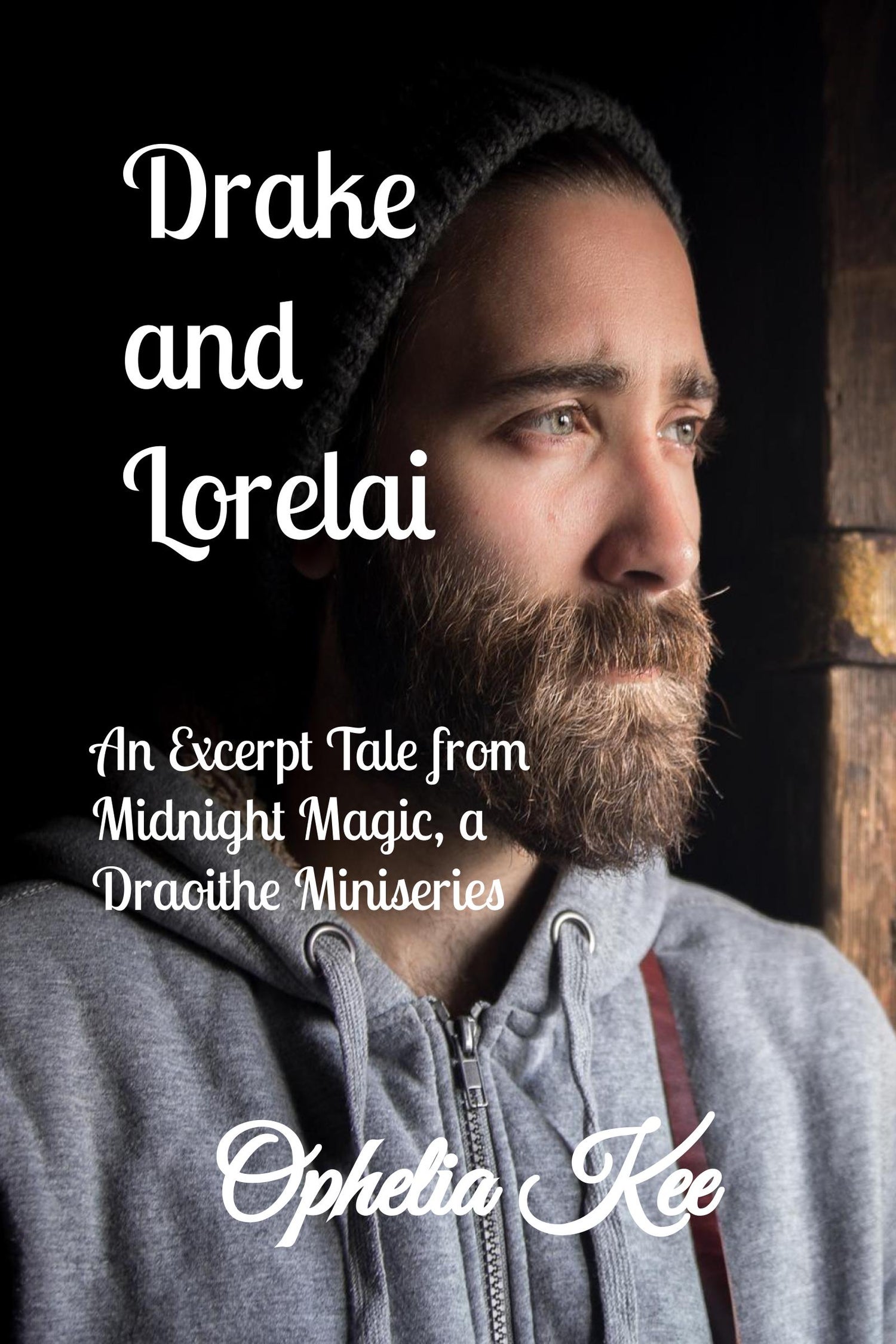 an Excerpt Tale from

He remembered the first time, long ago, when the three-headed hellhounds beset the two men. They’d swung swords, lopping the heads off the slavering near mindless flesh-eating beasts for what seemed like hours.

“Can’t you just cast a spell over them?” Drake had demanded as his arm tired.

"Maybe, but I have no idea what it would be!" the man yelled as he was breathing hard with his effort.

"I need to write it out!" Dross yelled again over the snarling, snapping jaws.

When the bodies of twenty dead beasts lay headless and twitching as they bled out on the forest floor around them, and they stood covered in hellhound blood and gore, breathing hard after the fight, Drake suggested as he leaned his weight on the pommel of his sword point down in the dirt.

“My friend... I suggest you prepare spells in advance... and memorize them. Write them in a journal... or something,” he panted. The words came out in a broken speech due to the need to breathe.

“That’s... a good idea,” Dross wheezed back and carried writing implements and a journal forever after that.

Drake still had to remind the ridire-turned-wizard to use his magic on occasion. The man always attacked his threats with a sword first, but the magic had saved them both more than a few times.

Drake wouldn't for even one moment have walked away from his service to Dross Rothstein. The wizard had given him his chance with Lorelai, and before she crossed into the Ainglean with Emily, he’d held his love in his arms and claimed her as he should have long ago. He’d lived on that memory for centuries.

Drake prayed that the hope Rothstein held awaited them at Draoithe.

Then he felt Lorelai return to the Leaindeail. The old bond reignited the midnight flame in his mind. He almost forgot to drive.

His focus changed. Excitement lit the blood in his veins. He wanted his chance to be one with Lorelai again. How or why she was in the Leaindeail didn't matter, only that she had returned and the bond still held.

Drake's next thought was that he hoped she was bringing Emily back with her. Dross needed her. If Draoithe was a failed plan, maybe Emily could help her wizard. It might be the only chance Drake and his friend had left.

Drake and Dross understood each other well after almost ten centuries. They both suffered the same driving needs as warriors. They both over-thought things and suffered because of it.

Drake accepted Dross’s fight as his own. Dross once apologized to him for bringing him and Lorelai back, only to separate them. Truly, he couldn’t hold it against the man who’d given him another chance with Lorelai in the first place.

Drake was wise enough to place blame where it belonged. The devil, Leiriu’s pursuit of Dross, Cerie, and Meid Breach, was where the blame lay.

He wondered again idly if Elias and Leiriu were working together. Each run-in with Elias in the past had brought Leiriu to them quickly. They’d barely gotten out of California before Leiriu was on them the last time.

Drake pulled the white Cadillac CT6 into the gas station as he pondered the issue. At least the car was comfortable, even if it always needed more gas than he wanted to pay for.

While waiting for the gasoline to dispense, Drake still couldn't shake the feeling that he and Dross weren’t seeing everything. Part of the puzzle about Leiriu always seemed missing. The longer things continued, the more difficult it was to find those pieces.

Drake slipped the debit card into the card reader. Money wasn’t a problem for the wizard. Drake saw to that so that Dross didn’t have to manufacture cash from the dream, even if the man had a gift for alchemy. Turning things into gold in a time when plastic ruled caused more problems than it was worth.

Raiding and looting had once been exceptionally lucrative. His hoard had been exactly as he left it when he died. He simply converted it and then began investing it. Proper investment strategies were the name of the game.

They always traveled light. Neither of them had more than a couple of changes of clothes, but there was no shortage of money for whatever they needed. That made things easier.

When he sat behind the wheel after pumping gas and picking up some junk food, he was glad that the fever had broken, and Dross seemed to be sleeping more comfortably. If he had the place right, they should reach Draoithe in a couple of hours. It would be nearly eleven. They should arrive that Tuesday night. Being close to the end of their trek felt good. Drake wearied of it.

It felt like they’d been driving for longer than three days. Stopping to let Dross fight the devil, let Drake get sleep in rest stops, and buy food and gas took time. Dragons were invincible, but they still needed sleep and food.

Drake put the headlights on and moved the gearshift into drive. The car rolled forward with the blinker on to turn right. He eased onto the on-ramp and merged onto I-20, going east toward his lord’s last hope for help in his fight.

Things didn’t look good. They’d lost Cerie, and even though Emily and Lorelai were no longer trapped in the Ainglean, he had no idea where they were or if they were safe.

Seeking aid in a newly established immortal kingdom was a crazy, desperate plan. The Dire Wolf King should turn them away. A devil from the Dorcha pursued Dross. That alone was enough to get them kicked out on their asses if they were lucky enough to get an audience.

Drake admitted to himself that they had very little hope left. Dross would never give up. That only meant that he’d eventually lose the fight with Leiriu if something didn't change.

Drake tried to stop thinking. He always over-thought everything. Better to let Dross think that out.

When Dross sat up rubbing his eyes, which still looked tired in the rearview, Drake welcomed the distraction.

“Where are we? What day is it?” Rothstein questioned after a hard yawn.

“Tuesday, and rolling away from Dallas. We should be there in about an hour and a half. We should roll in somewhere around eleven o'clock.”

Drake answered his lord. Dross nodded and leaned back against the seat. The man was just exhausted. Even immortal wizards couldn’t run and fight forever. A long overdue alteration of their circumstances was in order.

Dross opened his eyes after a few moments and met Drake’s gaze in the rearview mirror a minute later. “She’s here!”

Dross’s words whispered in awe. Then he grinned like a lunatic. Drake smiled. Lorelai was with Emily. The link between Emily and Dross still worked. That was good news...

Thank you for reading the second episode of Drake and Lorelai by Ophelia Kee. If you are enjoying this tale, please be kind and leave a comment to let an old tiger know your thoughts.