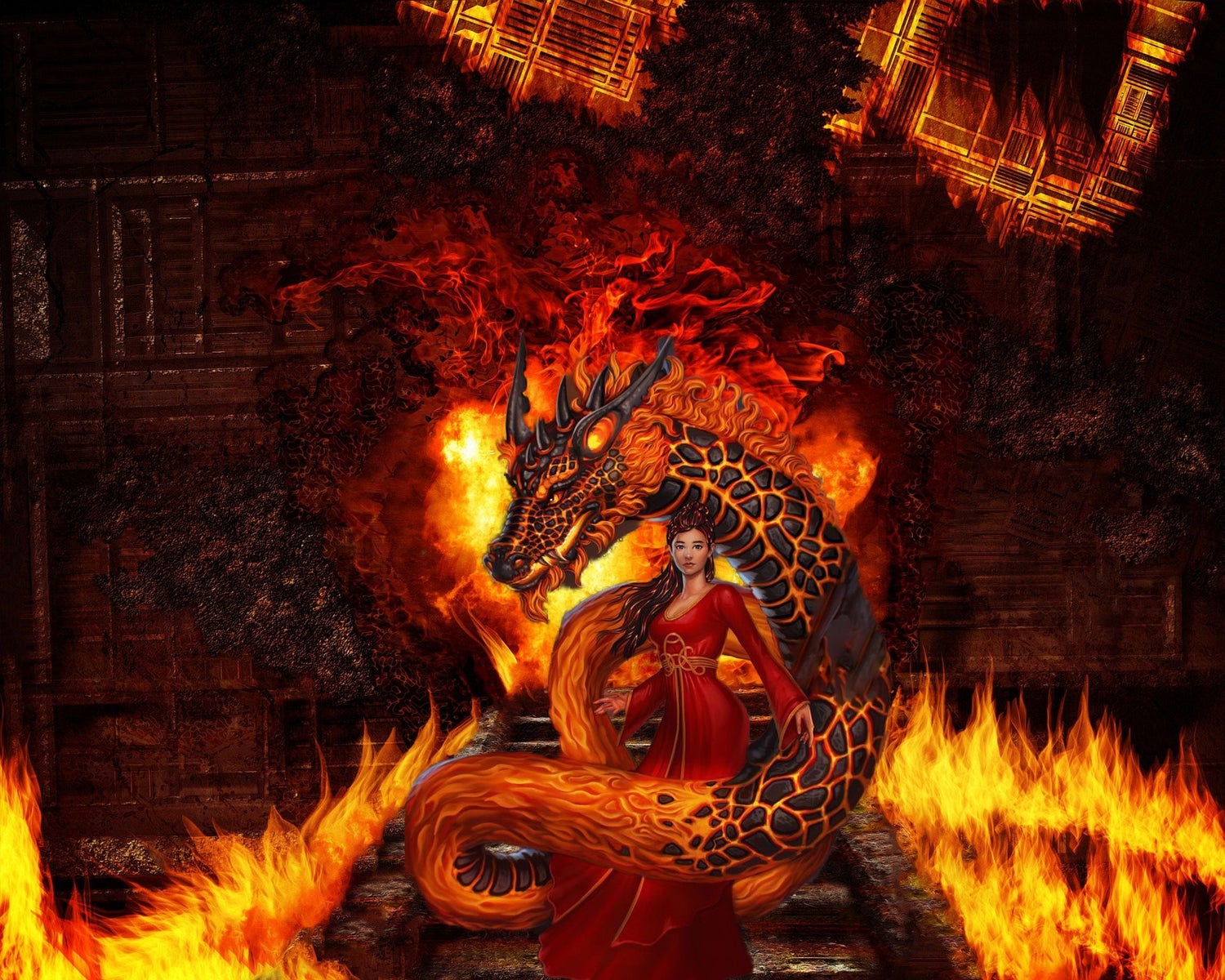 If you've checked out my blog posts in the past, it will come as no surprise to you that I build characters in a rather chaotic manner, much the way I write. Often, the scene involving a new character involves that fictional person stepping onto the stage in my mind and starting a conversation with me. It's usually rather persistently while I'm attempting to do something else like my day job.

Allow me to explore the character of the red dragon Scorch as an example. Professor Raddick Bain is a scholarly fellow who holds a Ph.D. in Archeology (among other things). He's made a life for himself in the education world following the end of the age of king and castle in Ireland. At the end of his life as a human man, he died as a knight and was resurrected by a shaman to become a dragon. That's a normal bit of magical realism in a modern fantasy character description, wouldn't you agree? 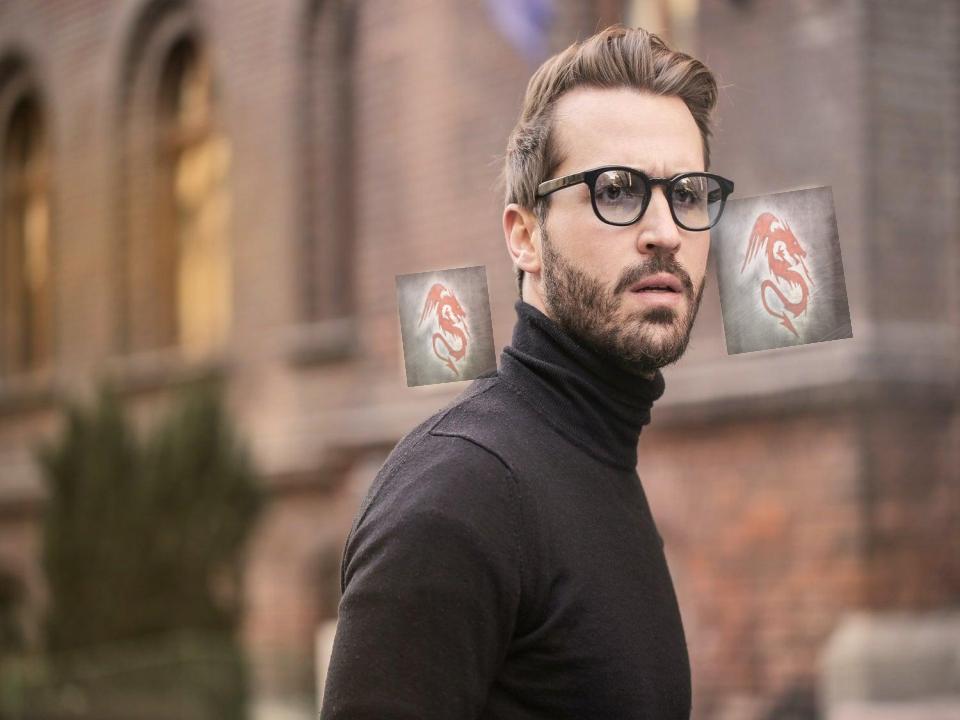 Only, that's not how I first met him. That's what I learned later on and have now shared with you.

For me, he jumped onto the stage in my mind where all the characters always act out their scenes. That's not in and of itself that unusual. What made it strange was that he began to start lecturing me as if I was one of his students.

The background scenery changed to that of a well-manicured university campus with students walking between buildings in the background, a light drizzling summer rain, and the sound of traffic in the distance beyond a sculpted hedge. The curtain had opened entirely and all the stage lights were on.

An ornate wrought-iron fence and a nearby forest of heavily leafed deciduous trees with a few evergreens dotted over the lawn, crisscrossed with wide sidewalks. These walks led to different buildings that were marked with small signs indicating the direction of other named buildings.

I couldn't quite make out the words on the sign as I peered at one while attempting to pretend that the irritating professor wasn't lecturing me on a sidewalk rather than awaiting my presence in the lecture hall. 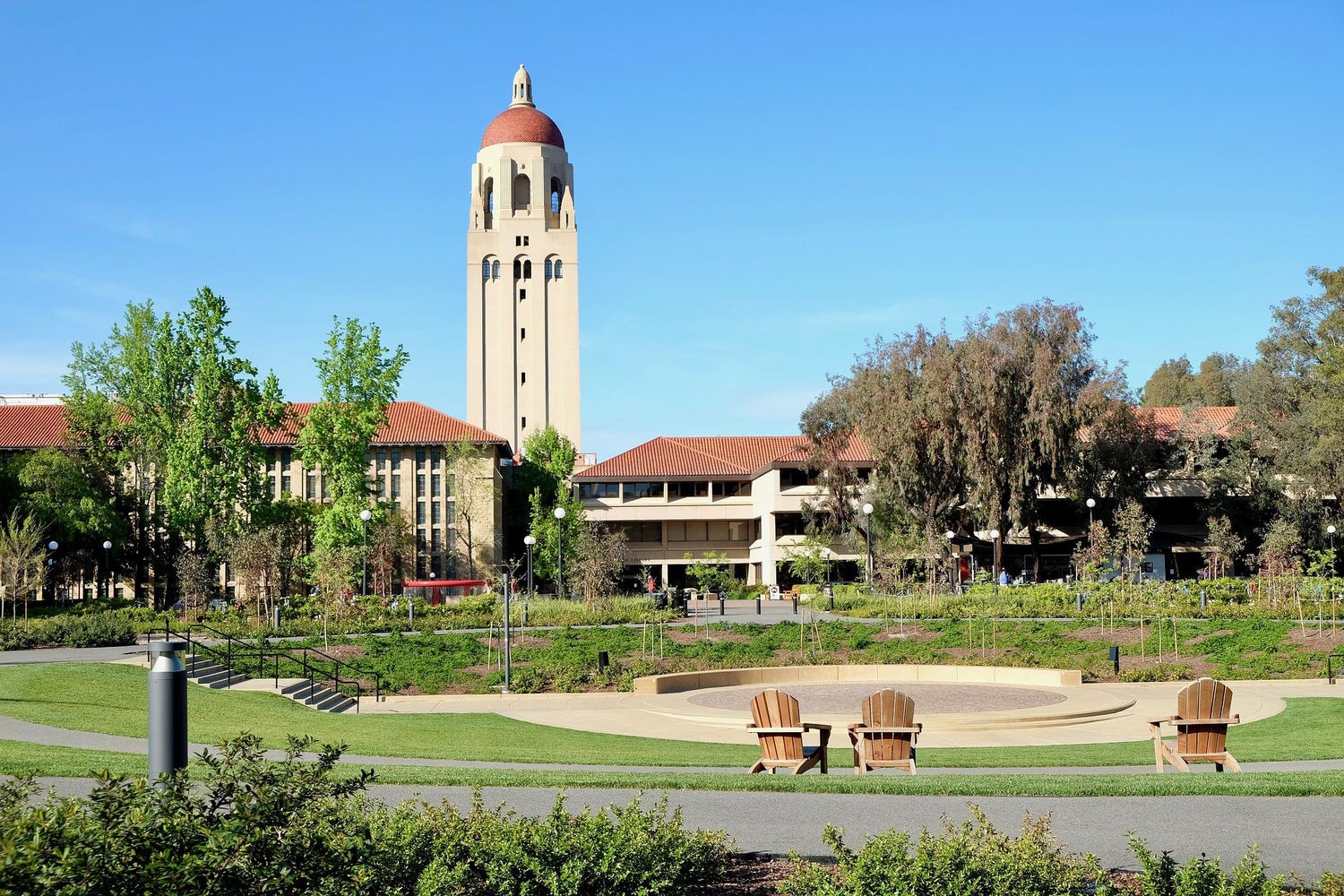 "Ophelia! Man, am I glad I caught you. You're hard to find. Did you know that?" I glared at him. (How I got in the scene makes no sense. I know, but just roll with it.)

"Yes." He drew out the word with a tone that reminded one of tasting the lime after a shot of tequila. I guess he wasn't thrilled with my response or rather mostly my lack of any welcoming conversation.

I rolled my eyes and kept on walking. Was he serious? Surely he must be joking. I had enough on my plate co-writing an International Baccalaureate History of the Americas course for my high school.

It was hot on the west coast even with a breeze that wasn't quite enough to dispel the afternoon heat even with the overcast sky and the light rain. I wanted nothing to do with the oppressive heat or the irritating professor.

Where was I going? Who cared? The last thing I wanted to do was listen to a dragon tell me a story I didn't want to write. A bit of refrigerated air wouldn't hurt anything either.

Raddick Bain is cautious as well as tenacious. He's tall and easily keeps pace with me. He reaches over to touch my sleeve with his slender, elegant, yet calloused hands that simply don't look like they should belong to a professor wearing ornamental spectacles and a pretentious turtleneck. (Only a dragon wouldn't notice the sauna we were standing in. A turtleneck? Really? Yeah, anyway.)

He's careful to avoid any skin-to-skin contact. I think it's a bit of a dragon peculiarity. He was unmated. I was well, never mind. The point is that I knew he was a dragon, but how I would know that isn't so easily defined. 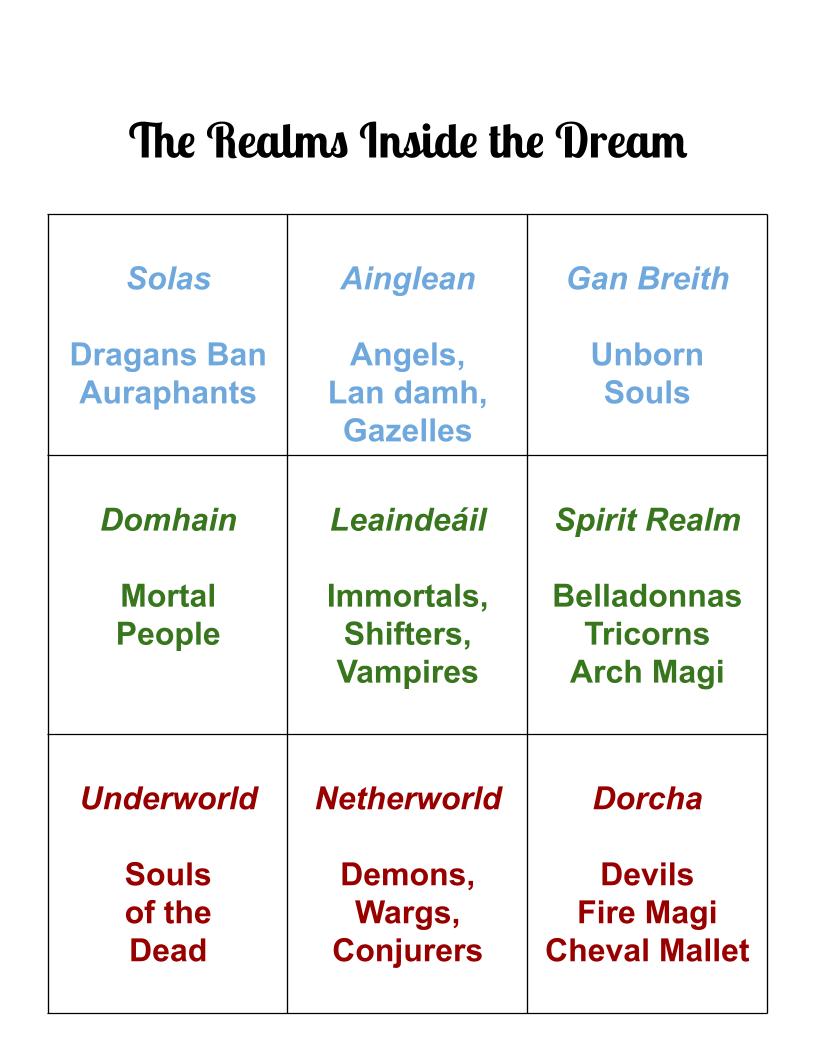 "It's about the dream. I know how the magic works." He stated that fact as if I should be overjoyed and nearly desperate to learn the wisdom of a fake professor. I lifted one eyebrow and almost tapped my foot in annoyance. He kept talking like a salesman who knows the door is about to be slammed in his face. It was a last desperate attempt to sell whatever useless gimmick, as-seen-on-tv item, he was peddling.

"Well most of it, anyway. I even have a lead on how to figure out where the second-order shifters originated. I don't think they were originally part of the dream any more than vampires or resurrected beings. Unlike Asmodeus's one-of-a-kind exotic creations, grotesques, and vampires, second-order shifters are born in the dream and are causing an imbalance in the distribution of magic." He had ticked off his list of immortal beings on his fingers while he hurried to explain himself. 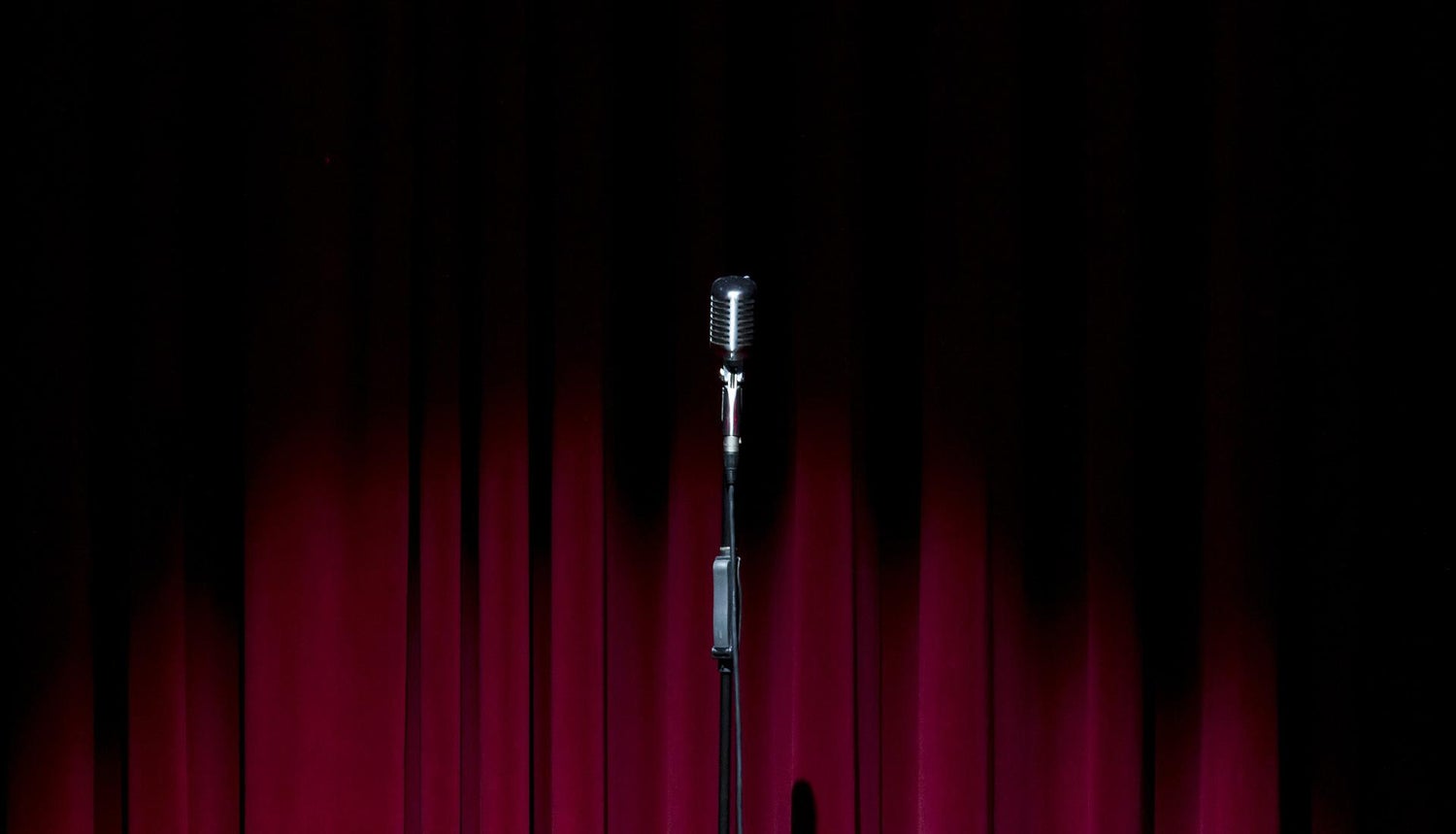 I stared at him as he vanished leaving me alone on a dark stage in my mind as the curtains closed. I stared at nothing with my mouth hanging open.

Only, I wasn't Ophelia. I was someone else who needed to teach a class in a high school on the border with Mexico. I didn't have time to listen to some crazy old dragon pretending to be a professor at a possibly nonexistent university on the West Coast.

That ridiculousness of him popping into my head with the scenes building around him and demanding that I write his story went on for weeks. He even brought in the crown prince of the Basilisks, a fight scene in a redneck bar, a random pizza delivery driver, and the Demon Lord Asmodeus Asmodai to convince me to write The Library which is Volume 16 in the Draoithe Saga.

I finished writing a course curriculum for the International Baccalaureate Programme, and I guess you know who won when it came to writing Scorch's story. 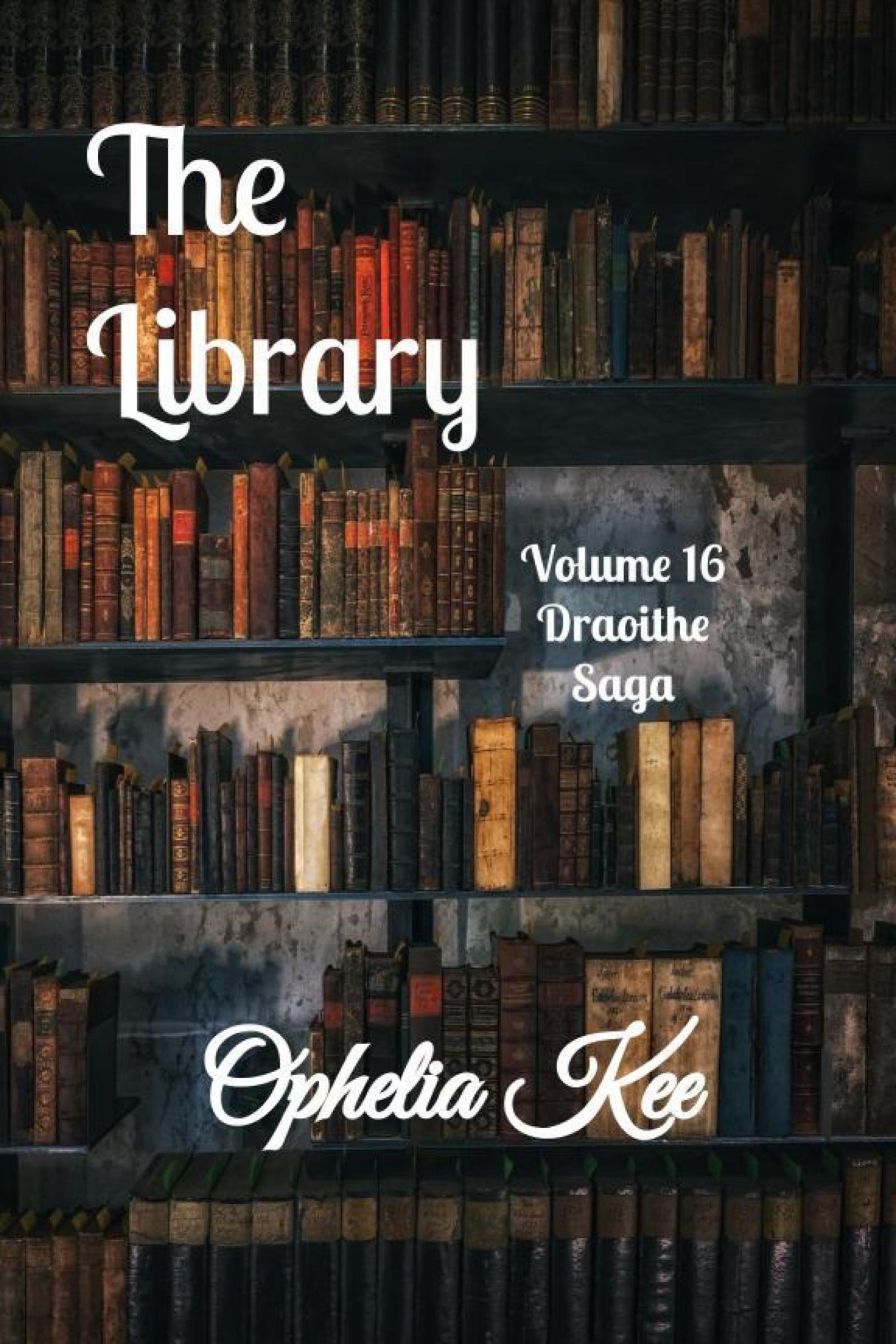 That same process is how all the characters in the Draoithe Saga were born. It wasn't until somewhere around the time I began writing the sixth volume that I realized I had a lot of characters and keeping them straight meant I needed to do something besides having imaginary conversations with characters that I ascribed to the random voices in my head. Chaotic character building became organized chaos, but that's a whole other story.

For now, may I introduce you to the chaotic characters which coalesced into the story found in The Library?

Professor Raddick Bain is more than an absent-minded professor as a red dragon cockatrice in disguise. When the magic calls him to serve Draoithe, he drops everything to go east for a chance to be his dragon once more.

Archadian Wight, the Druid-born emperor basilisk shifter has had it with his prearranged life at the Fortress and runs away in search of his true lifemate. When Scorch, the dragon, meets his king, Ark is drunk and itching for the fight in a redneck bar.

A trip to jail and a ride from the dragon’s criminal lawyer see Scorch finally arrive at his destination where he finds himself in charge of classes on magic at Soothsayer University. His first student is the Demon Lady, Gwen Galbraith. The resulting convoluted tale also involves the Demon Lord of Lust, two very damaged library assistants, and one now-infamous Library. Magic is still calling to Magic. The saga continues! Welcome to the dream… 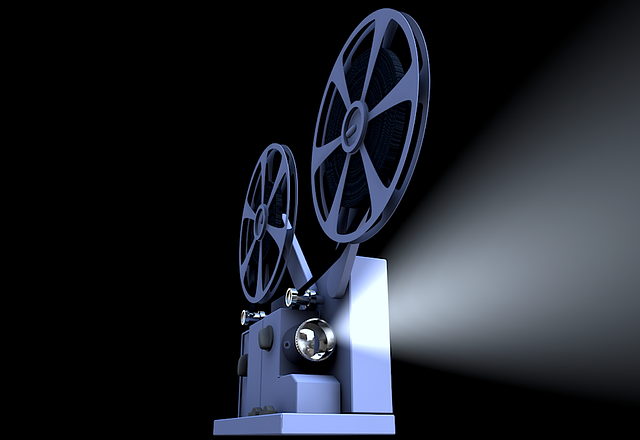 I bought myself an early birthday present. I purchased formatting software from Kindlepreneur and now own Atticus. I love it! It was well worth the money and I highly recommend it to anyone who wishes to self-publish.

So I'm in the process of slowly reformatting all of the books and uploading them in all the right places. I want the prettiest most professional-looking books I can produce. With Atticus, I feel as if the interiors of my books look just as good if not better than anything in the traditionally published realm.

If you have digital art needs, do not hesitate to contact them for reasonable and negotiable prices! I honestly can't say enough good stuff about the whole experience working with WeStudio Design has been. I have great respect for both the talent and the business.

My characters have seriously come to life in an anime-style form. It's so cool! I want to share them with all my readers so I've decided to add them to the books on OpheliaKee.com as an exclusive feature. Buying direct from the author means I can offer more value while the reader pays the same. I'm adding the art with the reformatted books and they'll be available as epubs so you can download them on whatever device you prefer to read.

Eventually, if I can purchase all the characters for the first five volumes, I want to publish the Illustrated Draoithe Character Guide with all the descriptions and snippets of information along with favorite quotes and give it away to my Newsletter subscribers as a gift for sticking with my insanity and enjoying the experience of the dream as I'm building it. I hope you will stick with me long enough to see that happen.

Someday I may even be able to create a full-color paperback or hardcover edition. I got ideas for the Gift Shop, just so you know. I don't know how to integrate it with the site... at least not yet. Stay tuned for more on that front. 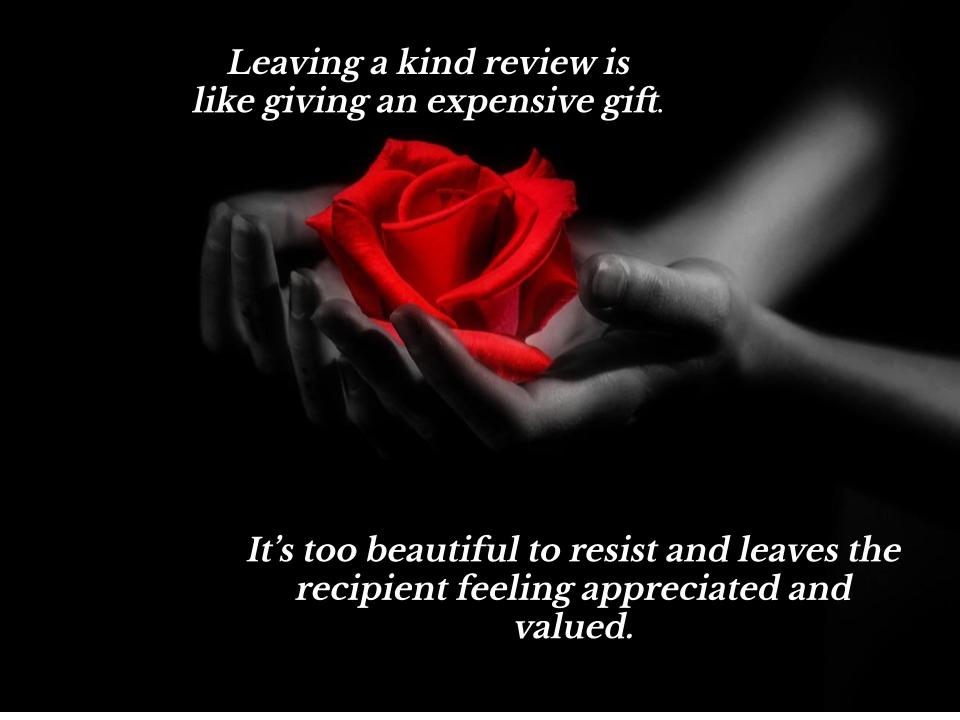 The dream experience is slowly continuing to improve. Thanks for supporting me and the chaos that's involved with building the dream. The readers of the dream are awesome. More Beta Readers would be greatly appreciated and More ARC readers are always desired. Email OpheliaKee69@gmail.com if you have an interest in either or both.

Don't forget to be kind and leave reviews whenever you read. The day job is almost over as I'm editing this post. I have to go if I'm going to beat the rush hour traffic on my commute home.